Press release – The UNESCO Chair Global Health & Education and JOGG are combining forces to put a Lifestyle Transition on the agenda of national and international policymakers. A Lifestyle Transition for and together with today’s young people. A healthy future demands cross-domain cooperation focused on creating a healthy environment and a healthy lifestyle. Something which does not end at national borders.

A healthy future begins with a healthy younger generation. Among children and young people who grow up in a healthy environment. But at the moment that environment is far from healthy. Everywhere children go they are constantly being bombarded with messages to eat both unhealthy food and too much of it, while they enjoy less and less physical exercise. On top of which the differences in health between those from poorer backgrounds and those who are better off, are only growing. The result has been a huge increase in diseases of affluence, including among children. Together with all the adverse effects that this has, both for the individual and for society.

Joined action for a Lifestyle Transition

“The present lifestyle crisis demands action. Action to narrow the health gap and improve the health and wellbeing of children and young people,” says JOGG director, Marjon Bachra. “We need to move towards a society where being able to have a healthy lifestyle is the norm. But we can only achieve that by taking a holistic approach. One which embraces all domains and sectors. Something on which both JOGG and the UNESCO Global Health & Education Chair agree. It is high time for a Lifestyle Transition.”

From today JOGG and the UNESCO Chair will support one another on the road to creating a healthier society, both nationally and internationally. The active involvement of children and young people themselves plays an important part in this. For example, the JOGG Youth Health Community is supporting the UNESCO Chair with an international project aimed at actively involving young people in creating a world which is healthy and pleasant to live in. Not just because participation is their fundamental right, but because it is also vital if the interventions to improve health are to be effective.

About JOGG – Healthy Youngsters with a Healthy Future

JOGG is a driver of the Lifestyle Transition in the Netherlands. The organisation has developed and facilitates a worknet which connects more than 200 Dutch municipalities and roughly a hundred other partners in society, fundamental and applied research and the business community. It is described as a ‘worknet’ because all the parties are working to achieve this. Based on the integrated JOGG approach, together they are working to create a healthier environment for the young, in policy and in practice. An environment in which it is easy to eat healthy food, get sufficient exercise and relax.

About the UNESCO Chair for Global Health & Education

The UNESCO Chair for Global Health & Education is a UNESCO Chair associated with the Clermont Auvergne University in France, with Professor Didier Jourdan as chairholder and Goof Buijs as manager. The UNESCO Chair works globally to strengthen health promotion and disease prevention, targeted mainly towards young people and aimed at lifelong learning. The emphasis is on creating the right conditions whereby children and young people can take more control of their own lives, as individuals, as members of their community and as world citizens.

I am a project officer at the UNESCO Chair Global Health & Education. I am responsible for the development of the Chair's global community and communication. I have a Master's degree in Communication Sciences from the University of Twente (Netherlands). I have worked on several European health promotion programmes, including the Schools for Health in Europe (SHE network). I have also been involved in the development and implementation of the health promoting school in the Netherlands.
View all posts by Silvia de Ruiter → 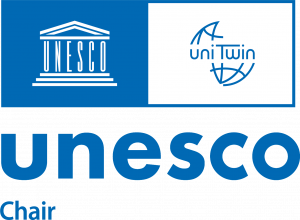